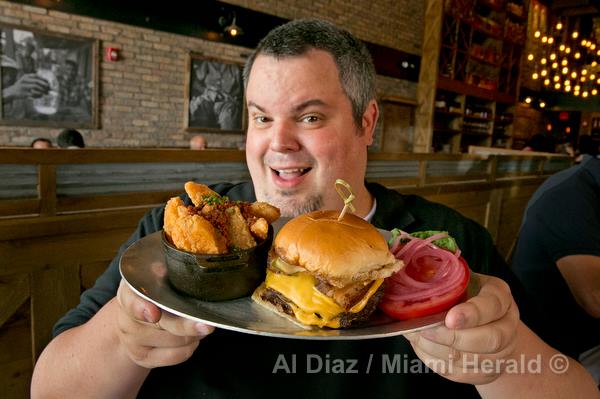 It was really only a matter of time before our worlds collided. Burger Conquest and Burger Beast blogs began at around the same time and would trail similar paths on opposite sides of the United States. I read as Rev ate and preached the Burger Gospel to the folks up north while I was doing the same for the people of South Florida. There was/is no denying our passion as just writing about Burgers wasn’t enough. We both decided to jump into action and create events to showcase the perfectest (Yes, I’m pretending it’s a word) Sandwich ever. Here’s a little Wizard of Oz behind the curtain kind comment, it’s sometimes a thankless job. It’s great to be able to sit back after an event and watch an idea you have that blossomed into a culinary party. We don’t do it for the money involved because a lot of times there isn’t any, this is where passion comes into play. You have to love it and we both do.

I had not met Rev yet I felt a kinship to him, we both had similar visions. We followed each other on social media and kept up with what we were each doing via all these social media platforms. The first time we had a conversation was about Grill ‘Em All during the period of time where they won the first season of the Great Food Truck Race, it’s best season as far as I’m concerned. He also facilitated my interview with them for my Q&A called The Grinder.

Whenever he mentioned he was gonna make a TV appearance I always made a note to watch it and cheer him on. I had started a facebook fan page for National Hamburger Month in 2010 and asked him to become one of the editors for it. And then two years later he started Burger Week and he was off to the races. I was doing events throughout South Florida at the same time. I kept asking him when was he going to come to Miami. Now, before you say to yourself why don’t I go to New York, the truth is I did a few years back but Rev blew me off. Just kidding. It was one of those things where we couldn’t co-ordinate or he was out of town, the point is it didn’t happen. So then years passed…. 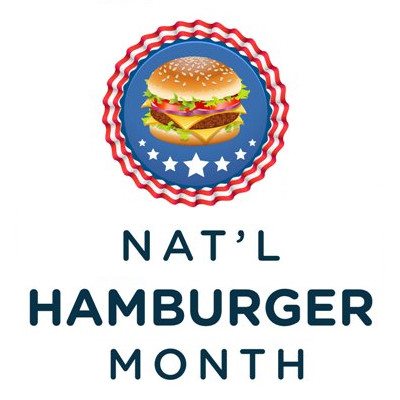 At the end of last year (2013) I decided it was time I created a Burger competition with hand picked restaurants known for their Burgers, not just because they serve Burgers. As you can imagine I’ve attended a bunch of Burger Events but it was easy to spot when a favor was called in or when a sponsor put a restaurant in place. I wanted final control of who should participate regardless of who the sponsors might end up being. I had a meeting with Magic City Casino, who have been my more than excellent partners for a bunch of great events in South Florida and they were not only excited but agreed to do 5 big events together for 2014 of which the now named Burger Beast Burger Brawl (4B) would be the first. I’m sure you know, timing is everything in life and at the exact same moment the 4B was coming to life, Rev had accepted a job with Burger Maker. I took it as a sign that this meant we should work together and finally connect our worlds. A few days later we talked about my ideas for 4B and Burger Maker was in. And yes, I’m the only decision maker when it comes to participates in the 4B. But it didn’t end there… 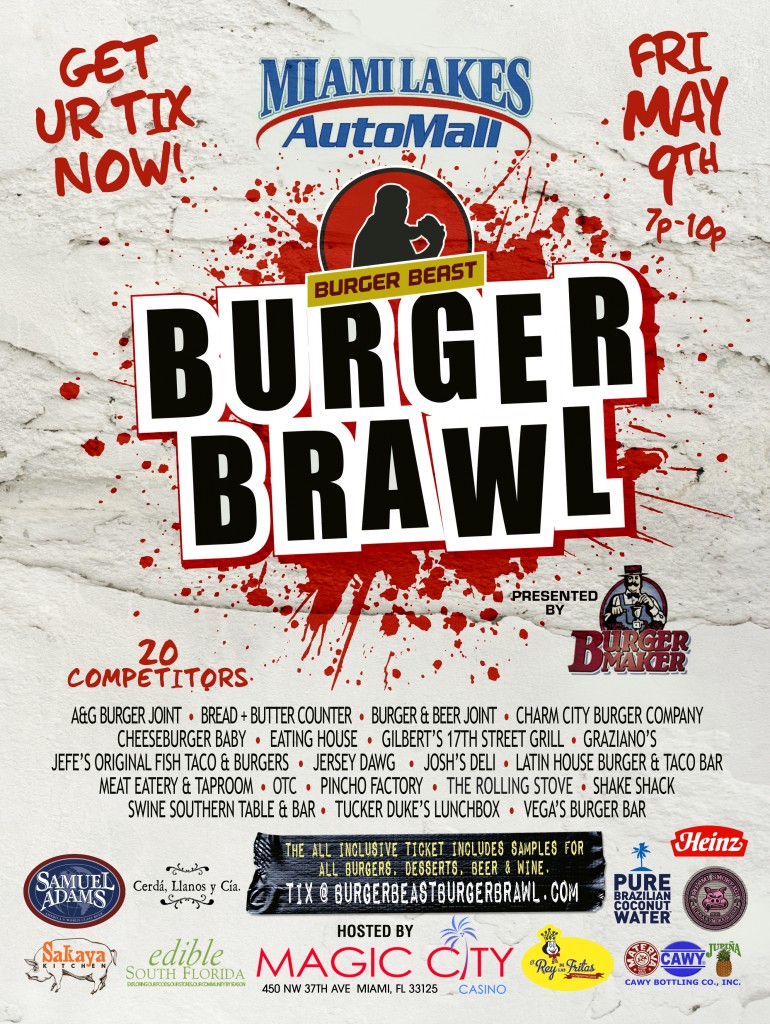 Burger Week needed to make its first South Florida appearance. Rev thought we should have one more event, so the afternoon following the Burger Brawl is the Pincho Factory Burger Brunch sponsored by Burger Maker. These two events now make up what is being called South Florida Burger Week(end). If you’re in South Florida and you’re a Burger fan you should be embarrassed if you miss out on both events. And I can’t wait til next year for the 2015 Burger Week in South Florida cause we’re gonna kill it. 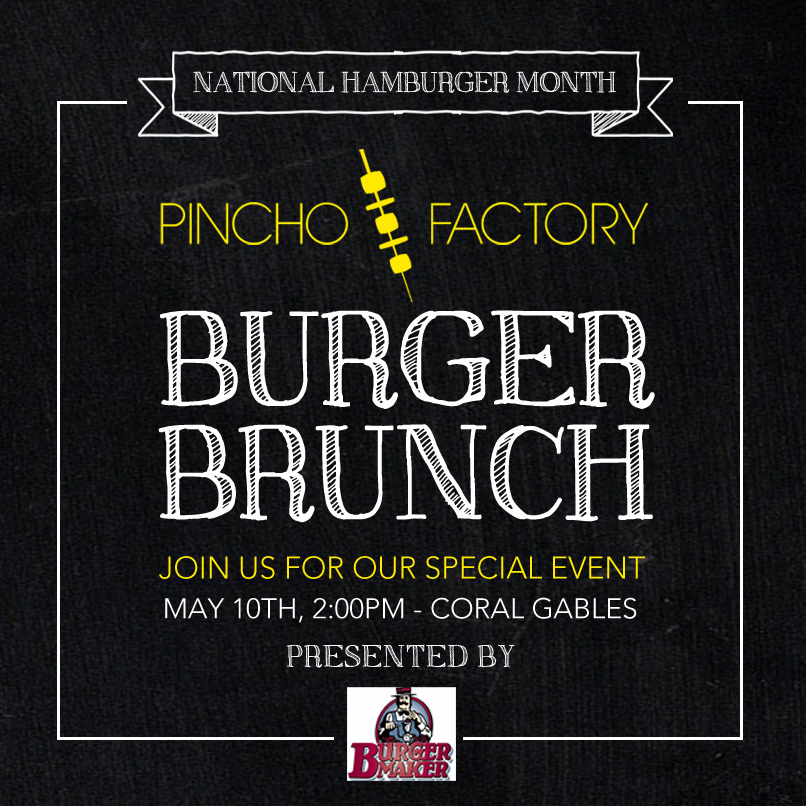 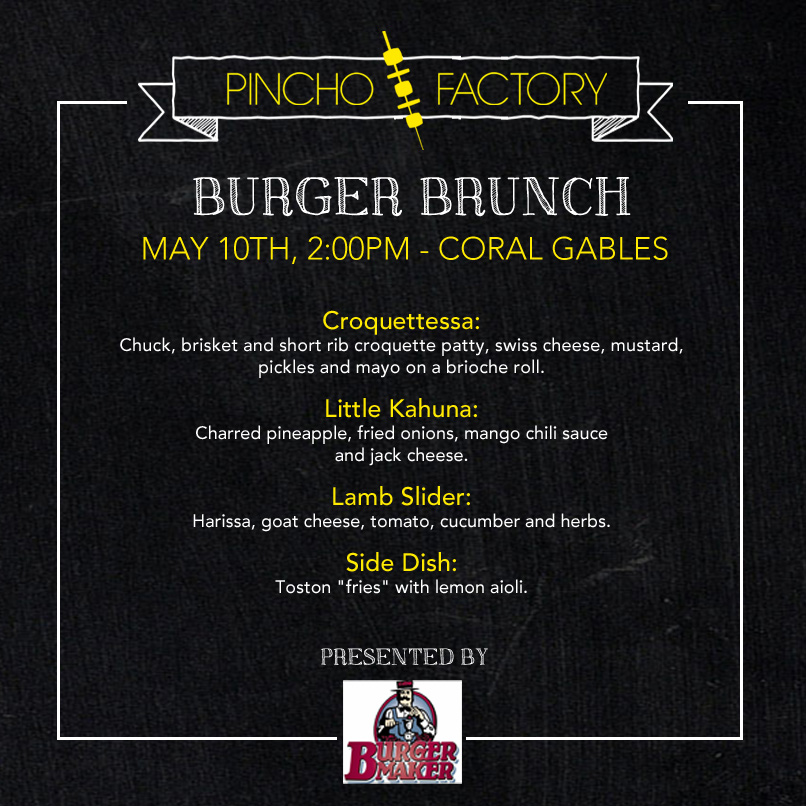 One last thing, Rev and I finally met during the South Beach Wine & Food Festival in February of 2014. I took him and Rodney from Burger Junkies (another fellow Burger Blogger from the Sacramento area) to El Mago de las Fritas to try our regional Burger specialty, la Frita Cubana. We met my other blogging bud Droolius from Orlando and enjoyed Fritas & of course Chicharrones, the Saturday special. My wife captured the moment perfectly with all of us in full blogging mode and I wouldn’t have had it any other way. 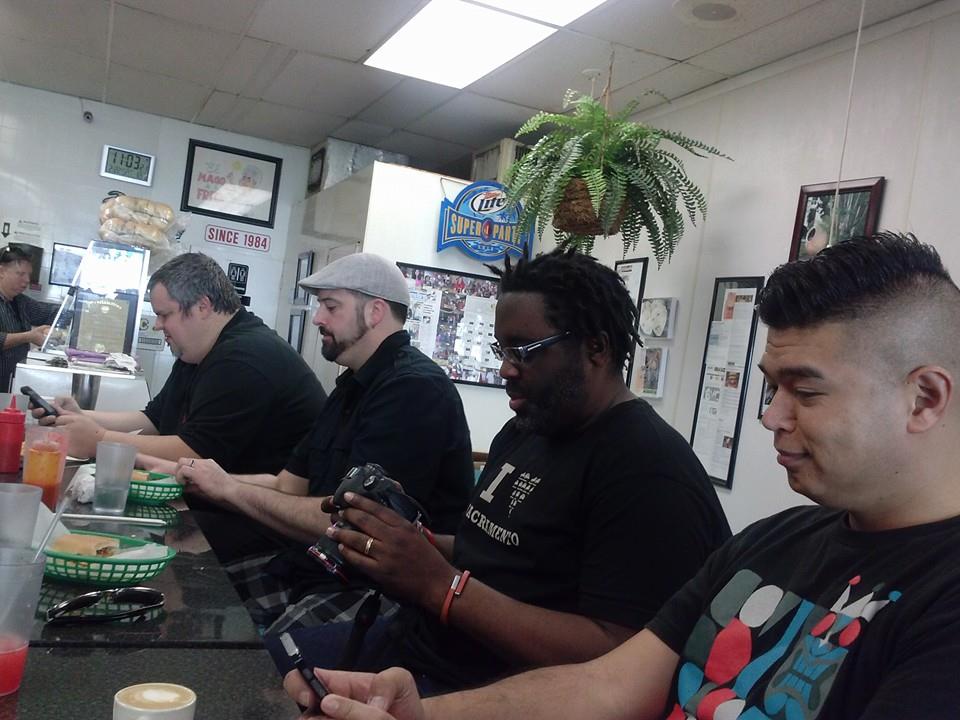 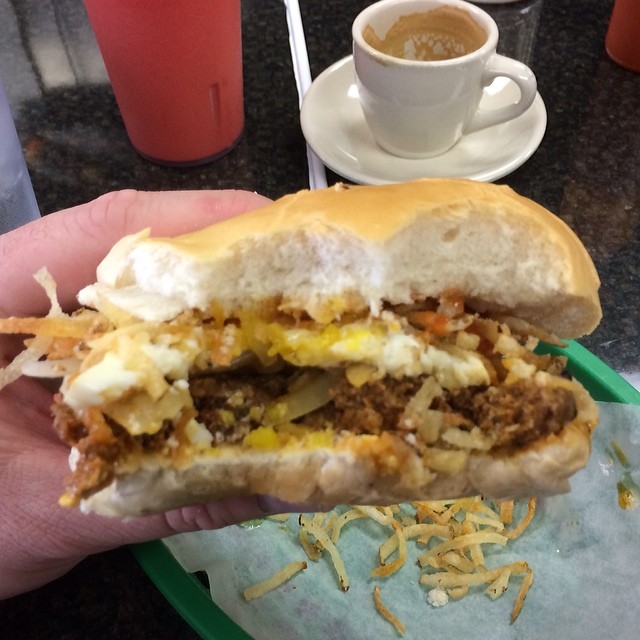 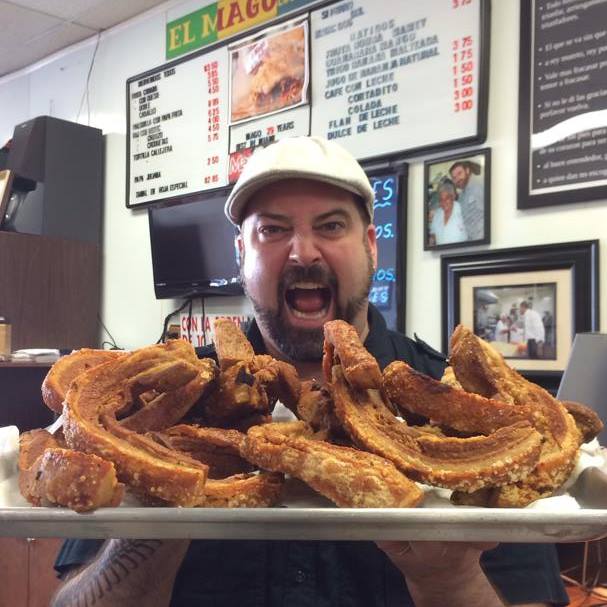 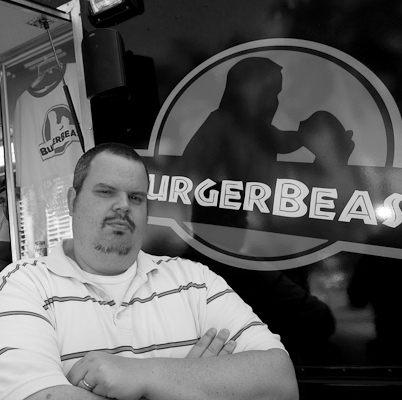 Who is the Burger Beast? Burger Beast like to write about those little forgotten gems in South Florida. Over the course of the last 5 years or so I’ve added News, Opinions, Tips & Events on a variety of Food related subjects to the blog but my first love will always be Burgers.